The Prime state and its quantum relatives

The Prime state of n qubits, |ℙn⟩, is defined as the uniform superposition of all the computational-basis states corresponding to prime numbers smaller than 2n. This state encodes, quantum mechanically, arithmetic properties of the primes. We first show that the Quantum Fourier Transform of the Prime state provides a direct access to Chebyshev-like biases in the distribution of prime numbers. We next study the entanglement entropy of |ℙn⟩ up to n=30 qubits, and find a relation between its scaling and the Shannon entropy of the density of square-free integers. This relation also holds when the Prime state is constructed using a qudit basis, showing that this property is intrinsic to the distribution of primes. The same feature is found when considering states built from the superposition of primes in arithmetic progressions. Finally, we explore the properties of other number-theoretical quantum states, such as those defined from odd composite numbers, square-free integers and starry primes. For this study, we have developed an open-source library that diagonalizes matrices using floats of arbitrary precision. 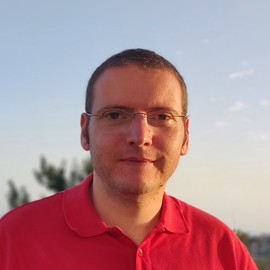